I decided to give Omamori Himori a second chance. But after the swimsuit modeling and the typical beach antics, none of it funny, I was rooting for the villain. 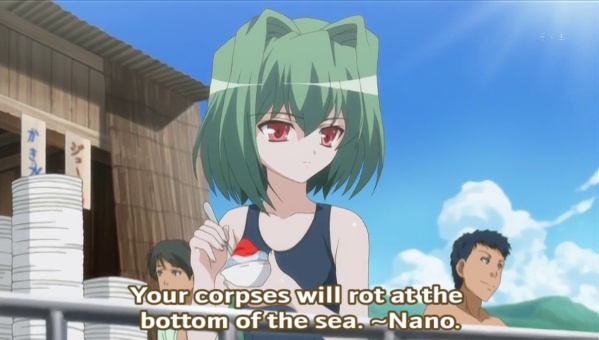 Unfortunately, she does not succeed. Dropped.

I’ve been looking forward to the return of Nodame Cantabile, but apprehensive at the same time. I didn’t care for the previous series. The fact that I subsequently saw how much they had cut from the manga (Compare Kuroki’s audition to see how the anime completely wipes out a splendid comic scene) didn’t improve my opinion. Maybe that won’t be a problem here. I’ve fallen behind on the manga, and the first episode looks like a fine return to form.

The overall thrust of this episode (so many unrelated events pop up that it’s hard to say the episode has a story) is that Chiaki is working too hard, as usual. Nodame wants to catch up with him, but every time she thinks she is succeeding he simply runs past her again. Here, it’s exemplified by her practicing a Bach concerto, only to hear him perform it better. In addition, he’s spending little time with her, rather going off to a villa for some peace and leaving her with canned food to eat. Nodame feels distanced in more ways than one. 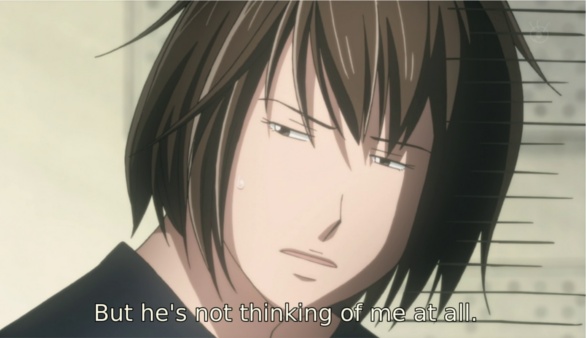 But two can play at that game. Nodame becomes more driven herself, and busier, and suddenly it’s she that has no time for him. Left adrift, and contrite, he tries to make amends to friends of theirs–and weirds them out.

This show can get bewildering. There are so many characters that hop in and out of the action that it’s hard to remember who is who. The show jumps from scene to scene without warning to bring them in and yank them out again. But that’s always been the show’s style. The concert and rehearsal scenes are well-animated and look great. Other scenes look blocky. I guess there is a limit to their budget. Still, I’m glad to get more of this series.

As I expected the second episode of Hidamari Sketch leaves me with little to write about. In the first half the girls fill the newcomers in about school and their apartment. 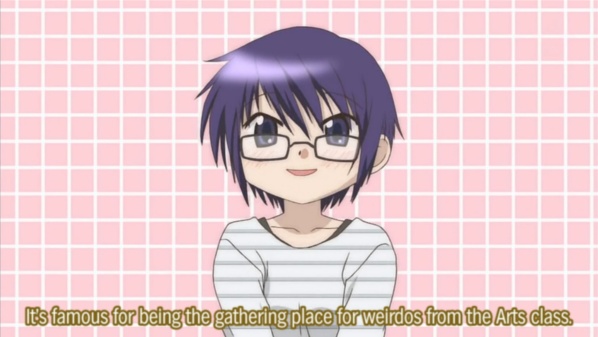 In the second half Yuno and Miyako get their hair done. 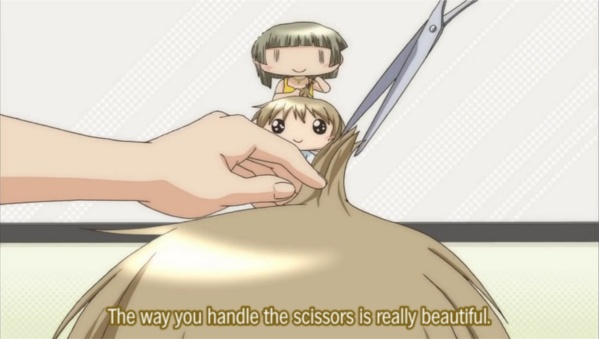 That’s about it. There’s stuff in the first half about newcomer Nazuna, who is obviously distressed because she’s living away from her parents. What’s more, she isn’t in the art department, so might not feel a part of the team. The other girls are sympathetic but they don’t make much of it. I’m a little surprised the show didn’t deal with this a little more. Since the show depends on tiny little scenes leading to gags, it’s not an issue they can deal with all at once, I suppose. They’ll get back to it.