I am a complete moron. For seven weeks now I’ve been spelling the name wrong. It’s not Duradura, it’s Durarara!! Geez, all my tags are wrong, and the titles. Don’t know if I have the strength to fix them.

As for Durarara 7, well, no way can it top the scintillating ep6, so I wasn’t expecting it. This time they go back to focusing on one character, Shizuo, and his famous strength and anger. 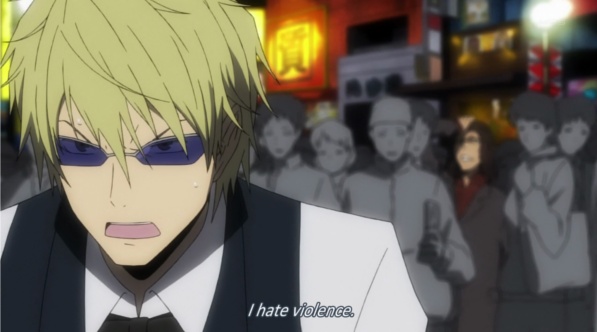 … And the fact that these days something is bugging him. We get a look at his past, as a kid with his younger brother, already with the strength but with a body still too small not to take the punishment. We see him cutting loose numerous times with disasterous results, including injuring a nice shopkeeper he was trying to protect. He meets Shinra, Selty, and most importantly, Izaya, who seems to delight in setting him up for trouble, for absolutely no reason. 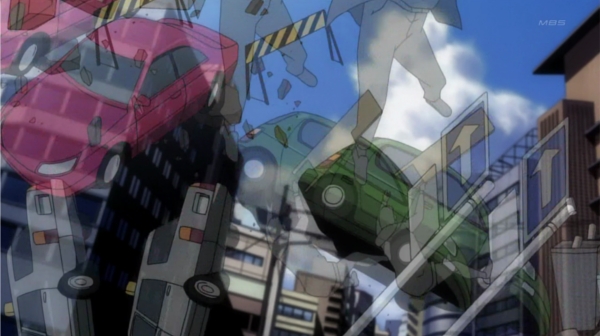 He says he hates violence, that he’s driven to it and does not want to hold it in when he’s angry, and I’m guessing he feels like he’s put-upon for no reason. Izaya certainly does that to him. Others, do, sometimes by accident. But maybe he’s also angry at where he is in life, unable to keep a job, now a bodyguard prone to violence, while his brother (one of the few people he unabashedly likes) is a successful movie actor. He’s fucked up so many times there is little he can do, and very few people he can call friends. In a nice touch we see that his narration has actually been to Selty, who’s worried about him. And he temporarily feels better about talking out. But then he sees Izaya …

No real plot development this time. We see the writer-guy who was trying to talk to the girls a few episodes back (Shizuo beats him up), and we get a glimpse of the slasher, and more reports of missing people, perhaps the thing that has been bugging him. For all the violence it’s a relatively low-key episode. I’m ready for more wildness next week.

Railgun 20 finally cranks up the next story arc, and as I suspected, it has to do with the earthquakes, which might be poltergeists which are really ESP overloads, or something. We learn all this through a not very interesting sequence of events, including a briefing for Judgement and Antiskills personnel, and Konori’s snooping around on the Internet. At times like these we sit back, absorb, wait for something to happen, and grow frustrated that the show isn’t written better, especially after I’ve watched Durarara. 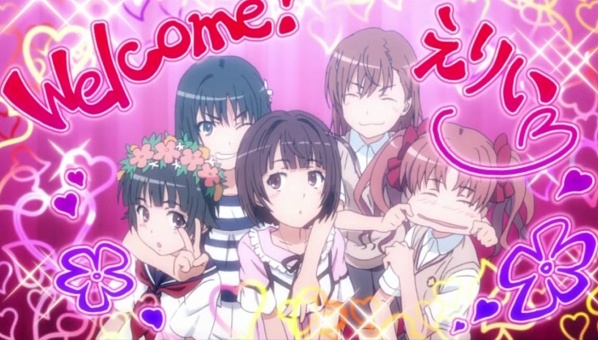 While the earthquakes proliferate, so do the characters. We have two newbies this time, Telestina, head of yet another scientific group (the groups proliferate, too) who fills in the Judgement and Antiskills that it is NOT, repeat, NOT a poltergeist doing this. And she somehow, mysteriously, shows up late to rescue Uihara and the other new one, Haruue. Haruue’s a new transfer student, quiet and sweet, and the other girls naturally bond to her like glue. But she’s a little strange, walking off in a daze for seemingly no reason. 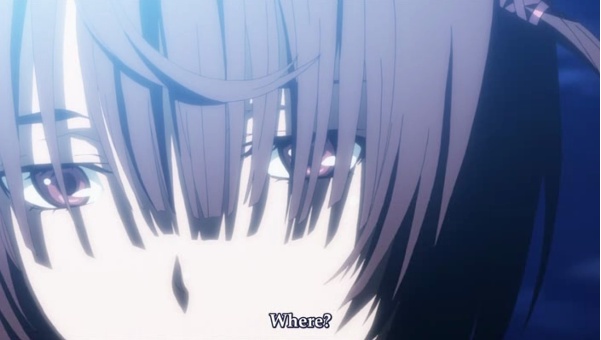 Of course, there’s more to her than meets the eye. She gets one of the daze spells right before the earthquake, I mean, poltergeist, whatever it is, hits, as if she knows to walk away from the danger. But that can’t be right, since she’s nearly flattened by a falling lamppost. And she’s rescued, as I said, by Telestina, who just happens to be there. Hmm. Well, it’s an interesting start to the new arc, though I got a little tired of all the girl-bonding, including another “how to put on a yukata” scene. But this show likes to work with the character’s friendship. I don’t mind that. It’s, again, I wish they would work it in a little better …