Every time you think there’s going to be an action scene in House of Five Leaves you’re wrong. Such scenes are quick, often off-camera, and instead we see the ramifications, such as in ep9, where Akitsu is preparing to rescue Matsu. 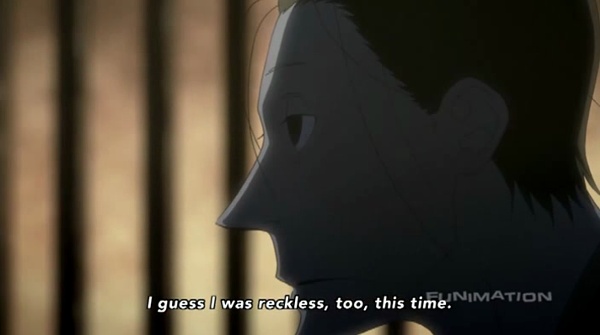 The rescue just happens. There’s one false alarm early on where another bodyguard nearly challenges Akitsu, but in the end it’s a blow in the dark, and Matsu being carried home. The event here isn’t the rescue, it’s that Akitsu is doing it at all, and that Matsu is now indebted to him as well, not that Akitsu counts such things. The latter is old news, the former is actually new. Akitsu shows more confidence then he has at any time in the show, probably due to his sense of obligation to a person he calls a friend (and the other Five Leaves). And it may lead to trouble. 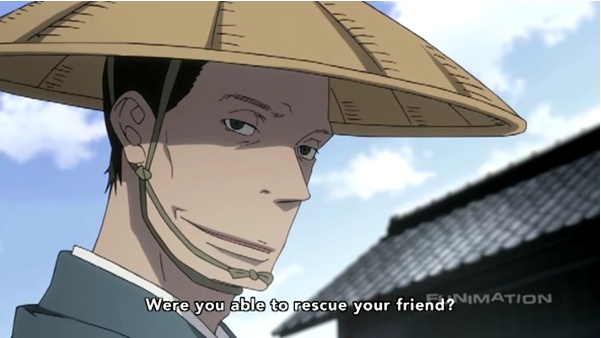 Five Leaves is happy to have Matsu back, but it’s the way Akitsu did it that worries them. Akitsu got an in as a bodyguard thanks to Yagi, and it turns out he’s a policeman. This means he knows all about the original crime, the kidnapping, and the rescue. He even gets the cards back and gives them to Akitsu. What is his game? That’s what Aichi wants to know. In the meantime he forbids Akitsu from hanging out with him, knowing Akitsu cannot keep a secret. To Aichi and the rest of the gang, Akitsu was once a cipher, but now he’s seen as a man who brings in trouble. 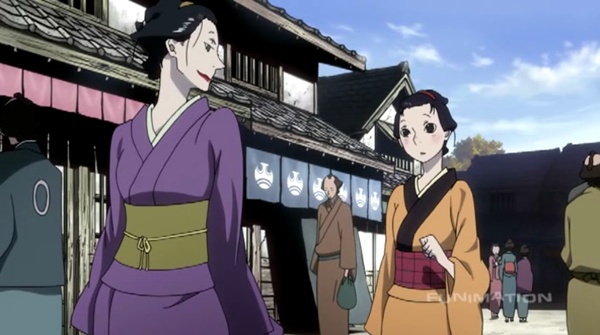 And now there might be even more trouble. After all this talk of family in the country, one of them, Akitsu’s little sister Sachi, shows up at Ume’s sake place. She’s run away from home to avoid a forced marriage. What’s she’s going to do in Edo is anyone’s guess. Right now, for the characters and us watching, she’s more of an amusement than a troublemaker. She develops an interest in Otake and follows her around. She’s never been to the big city before and wants to take it all in. You know there’ll be trouble in the future, but for now everyone is watching the brother/sister dynamic and having fun with it. And it IS fun to see awkward, shy Akitsu take on the big brother role when she shows up. 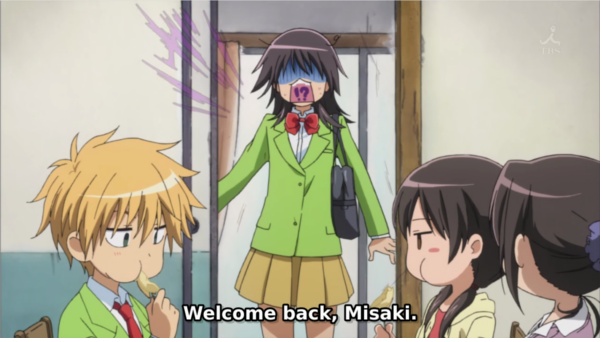 After Usui inadvertently pays a visit to Misa’s home, and is spotted by Sakura and Shizuko, they speculate on what Usui’s private life must be like. Well, not Misa. She says she’s not interested, but when the other two decide to tail Usui she gets dragged along, you suspect not too unwillingly. At first it looked like it would be a comedy of errors involving the maid cafe, since they spot him going in just as Misa is getting ready for her shift, and they don’t know her secret, but that wouldn’t cover a whole episode, so they just start there and move on. 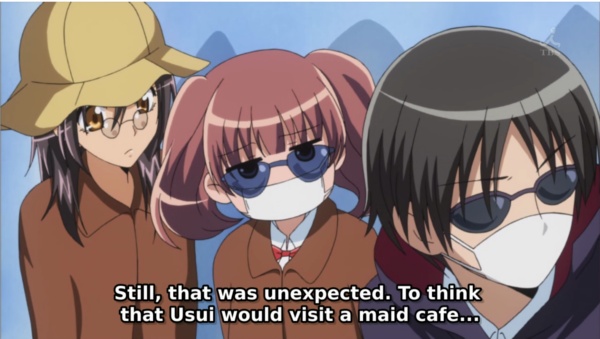 He visits a rich sports club, an expensive suit store, and a fancy restaurant, while they manage to tag along. The fun comes not from the fact that they’re intimidated by all these places and awed by Usui’s wealth, but by the fact they’re wearing those ridiculous disguises and still manage to get service. This is good, because we’re not really learning anything new about him, and the speculating gets old after a while. 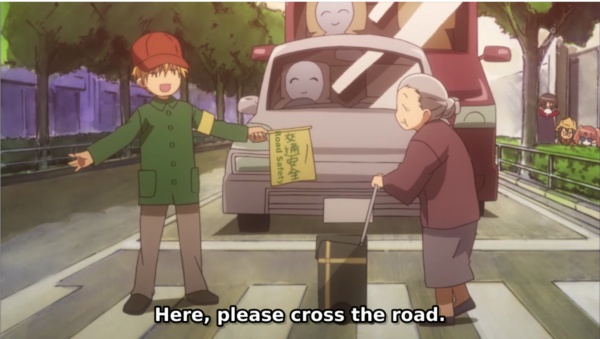 It will come as no surprise to anyone to say Usui’s been leading them on the whole time (Apparently he’s the only one in the show that can recognize a dumb disguise). This leads to him doing more and more bizarre things until Misa gives up. But in the end we do learn something. Animals hate him. A cute enough episode.