The big event in Heroman 12 is that Joey’s identity is revealed to NIA, and apparently next week he’ll be a fugitive from justice, or at least the government. But the show spends most of its time on a more benign story: Joey and Lina’s first date. It’s both good and bad. 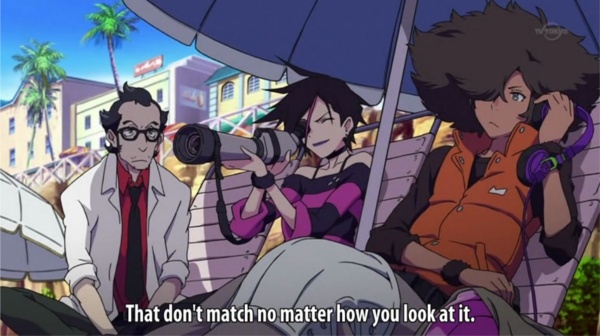 Joey is worried about the date, so Psy is as well. He tails them. Denton comes along. They’re joined by Holly and Ms. Collins the teacher. We’ve all seen these sort of episodes before; the only difference is that they have high-tech equipment to help them stalk. And they spend a lot of time wondering if they should be doing it. These scenes drag. But we get a nice irony in that while the stalkers are sneaking around and feeling guilty, Joey and Lina are having a terrific time together. No date-angst from Joey at all.

But we have to get to the story arc sometime, so Minami pretends his green device of doom has gone beserk to draw Heroman out. It works exactly as planned. Joey is obliged to destroy the thing, even though it exposes Heroman to the news chopper and Joey himself to the NIA, because that’s what heroes do. It had to happen sometime; might as well be now. I wonder what will happen next. Now that he’s outed he can’t return to his old life, probably. Well, maybe he can. The public doesn’t know about Joey, yet. 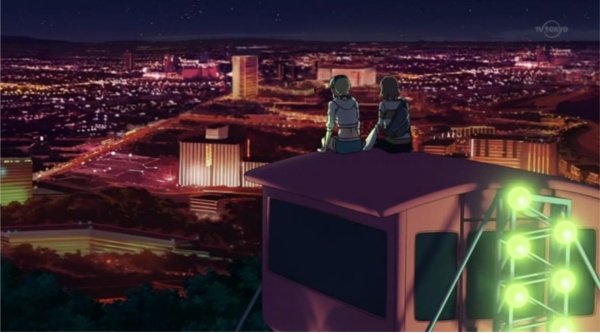 But that will all happen next time. I’m happy that Joey and Lina manage to resume their date and manage to have a good time. Ironically, Hughes had given Joey some valuable dating advice. Seeing the two of them cooing on top of a ferris wheel gondola is a nice way to end things, especially when Joey’s going to be on the run for a while.

Mayoi Neko Overrun 11 is similar to the Heroman episode, in that it injects a threat to a character in an episode that is otherwise oblivious to it. The difference is that Neko Overrun specializes in getting incredibly weird. 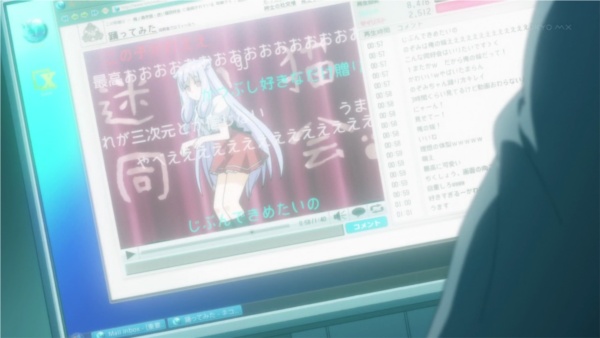 We’ll start with the threat. The Stray Cats gang have put up a YouTube video (okay, not YouTube, but that one where comments are streamed across the video) of Nozomi dancing. A woman named Shimako recognizes her. Meanwhile, Nozomi is depressed. It’s hard to say about what, but I think she has come to the conclusion that one can’t feed and protect everyone. It’s obvious that she’s an escapee from Shimako’s academy. Perhaps she fears that she might have to return, for everyone’s good. We’ll see a lot more of this next week, it being the final episode, after all. This show can get maudlin at times, and I hope that doesn’t overwhelm the ending.

Let’s turn to the weirdness. The school athletic festival is coming up, and Chise has gone all out. She builds a stadium, will film it all with the finest video gear and … the girls have to wear bloomers. Naturally, Fumino rebels, saying the girls will wear spats instead. The girls like this idea better, the boys don’t. And the school falls into open war. Underlying this rivalry is that fact that both girls want to run with Takumi in the three-legged race, and Takumi is too wishy-washy to decide anything, whether between bloomers vs. spats or Chise vs. Fumino. This makes him a hunted man.

It isn’t just that the conflict is bizarre, it’s the extremes to which they take it. There are songs, demonstrations, and armored warriors (Ieyasu) dedicated to the two types of ladies’ athletic wear. Naturally the fanservice gets heavy, yet the show doesn’t care. It delights, revels in its over-the-top bad taste. Lord, you never know what this show is going to give you next. As for me, I can’t get the closing song out of my head. “Bloooomers! Thank you bloomers! Arigato!”