A very interesting episode of Shiki. We learn a lot about the Risen, the most important thing being they’re not a cohesive group.

The episode jumps back and forth between a three-day span. We jump back and see Tatsumi issue orders to the Risen to assault the clinic. In spite of their supernatural nature the briefing is not supernatural at all, more like “Okay guys, here’s what we’re gonna do.” In other words, the Risen still behave like humans and must plan their plans like them. Then Natsuno is named as another target (the girl with the mannequin is with them), which disturbs Megumi. At first I thought it was because she didn’t want Natsuno to suffer the same fate, but it turns out she wants to do the dirty work herself, the poor, lovestruck vampire! More importantly we see that the Risen can disagree amongst themselves. Tatsumi even brings up the concept of “purging.” So they can and have disobeyed in the past, enough that there’s a punishment for it. The question for now is—how will this knowledge play out for us? 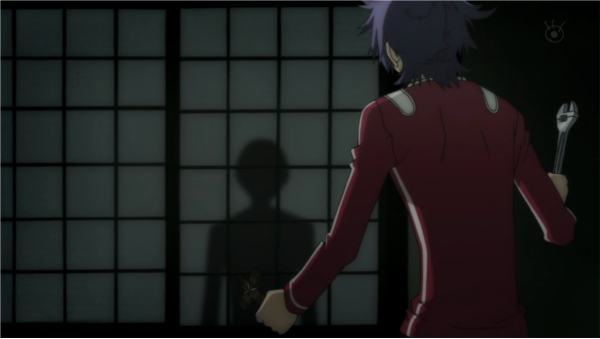 But since we already know what will happen at the clinic we spend more time with Natsuno. By the time he gets home that mannequin girl had vanished. I wonder what the point of her being there was. All right, she gets an invite. But does that cover all the Risen, or only her? And if it’s only her why did she then back off? Why was another person chosen to bite Natsuno? All right, these are technical questions that don’t matter much. What does matter is that it’s Tohru who’s been chosen. A “sadistic” choice, as Megumi calls it. In a nice, odd scene, Tohru says he’s doing it because he’s protecting Aoi and Tamotsu, that he doesn’t want to do it. On the other hand, the vampires seem to take delight in biting the people they love the most. Nao wanted to bite her mother … Megumi wants to bite Natsuno …

But when the first opportunity comes Tohru runs away. Is his conscience overriding his duty? I remember Masao being disgusted by the idea of biting a child. Natsuno stupidly goes to look for him, the only friend he had in the village. There’s obviously a bond there, and I begin to wonder if this is where the Kirishiki’s plans will break apart. But then, when Megumi and Tatsumi corner Natsuno and close in, we get a shocking conclusion. Once again this series presents an episode that makes it impossible not to watch the next. I’m wondering if Natsuno’s knowledge of the Risen (and he might remember Tatsumi mentioning Toshio) will lead him to the safety he now needs. I’m also worried because the previews show Sunako bearing her fangs at an unsuspecting Seishin …

Asobi ni Iku Yo 9 is a quiet, melancholy episode which I can’t figure out no matter how hard I try.

We meet Rauri, the first assistaroid, built 1000 years ago and intended to come to Earth but her ship was caught in a warp accident and only recovered 800 years later (the show uses “cycles” instead of years, but we’re told they’re roughly the same). Now she wants to come and see what she missed. Okay. In the meantime we get a digression about a TV show called Captain Future, which (quick Google) actually exists. And the enemy alien dog watching TV.

Eris has mixed feelings about the visit. Back then assistaroids were humanoid in shape and that led to all sorts of abuses and nearly a war. Eris feels responsible even though it happened over 200 cycles, er, years ago. While it’s not often we see a troubled, pensive Eris, I’m not sure this would be the thing to be so worried about. Meanwhile I’m thinking that it’s about time that someone attacks and blows things up, or gets naked, or both. This show has certain rules it must follow.

Not this time. Rauri says she came to Earth in order to sing a song her original master was going to sing when he arrived, an Earth song, before she dies. Turns out it’s a bland pop ballad about a lonely spaceman (no Captain Future connection that I can see), never mind that it must have been written by an earthling hundreds of years ago. Never mind that every member of the cast has been listening to it and that they each sing it, even if they didn’t know that she would. And never mind that we see Rauri on the ship departing Earth (where we hear the song again), and then after the credits see her falling into the sea. No, never mind all that.

Well, give the show credit for trying something apart from their usual silly stuff. But next time try to have it make sense, okay?