In Shiki 15 Toshio has new challenges. As if torturing his undead wife wasn’t enough. 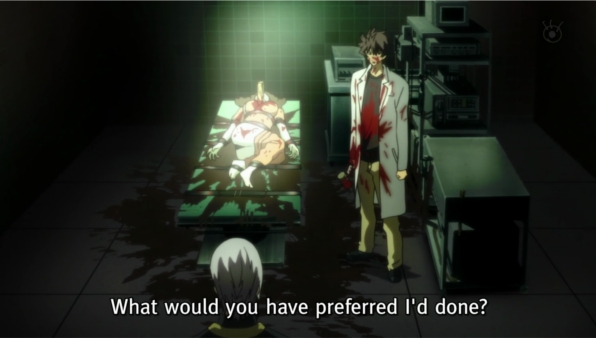 First, Seishin turns his back on Toshio for the whole unfortunate wife incident. He says that killing is never justifiable, no matter how noble the cause. We come back to this thought when Seishin returns and finds someone (probably Sunako) has scribbled notes in his manuscript. “There is no murder.” “Where there is an intent to kill, there is a reason,” etc., things that make him reflect on his attempt to take his own life. He cannot recall a reason for it. The undeads’ theories of murder are naturally going to conflict with those of the living. Is there a correct answer? 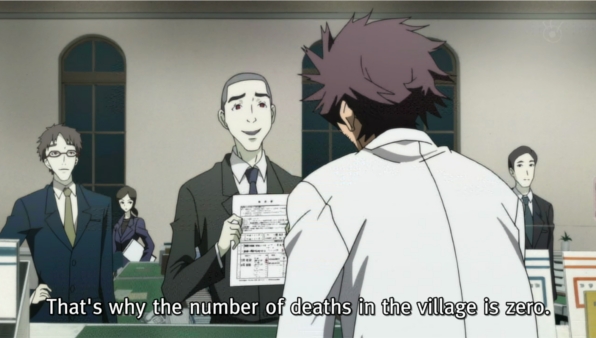 Toshio’s next new obstacle is bureaucratic. The vampires have successfully infiltrated the local government office, to the point where they do their business at night. If that isn’t a dead giveaway to Toshio I don’t know what is, but he goes in anyway, to learn they’ve messed with the records to erase any deaths occurring in the village. Chizuru, one of the Kirishikis, even shows up to inform him that his efforts to expose the vampires will come to naught. He can’t even raise up the living; they don’t believe him or refuse to. Meanwhile we go behind the scenes of the new funeral parlor and see that the Kirishikis run a smooth, if eccentric operation. Oh, and Tatsumi is a werewolf. … A werewolf?!?! 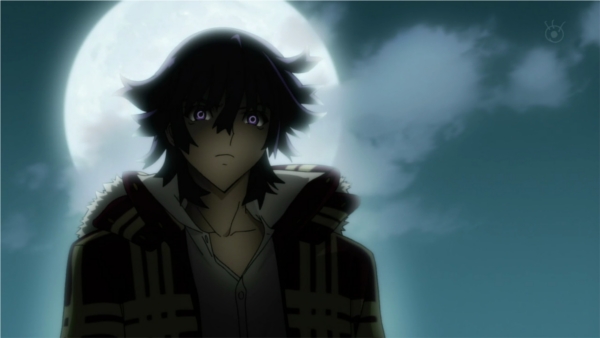 Finally, his own staff, appalled at his indifference to a nurse vanishing, are beginning to turn on him. Toshio is completely alone and apparently defeated. That’s when Natsuno shows up. I wondered what became of him. Their conversation is brief and cryptic, but it suggested that Toshio might not be as alone as he thinks. Now, what he’ll do with this information, I mean, what CAN he do, especially since Natsuno just walks away? I think it’s Natsuno’s turn to make a move. Hell, I hope SOMEONE does. The pacing in this series is beginning to drive me nuts.

Let’s turn to another vampire show, Fortune Arterial. It has some flaws, the main one being the vampires hardly do anything at all. The other is that the show is taking a sentimental, almost maudlin turn. 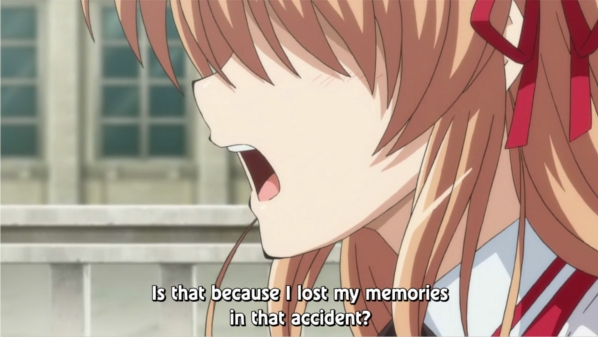 Kanade’s been acting weird, constantly trying to push her sister Haruna and Kohei together to see if any romantic sparks develop. It’s getting a little annoying, but the would-be lovers mainly shrug it off until Haruna finally snaps in front of much of the student body. The rest of the episode deals with reconciling the girls. We get both sides of the story more than once. Kanade feels guilty because Haruna was sick much of the time and got attention, and she resented her for it, and then came the accident (which, by an incredible coinkidink, wiped out all her memories of Kohei’s first visit). So she’s gone overboard to be nice ever since. And Haruna once resented Kanade’s not being sick, so when she got better, had more fun, until the accident. And now she feels Kanade is sacrificing her own happiness for Haruna. And they talk it out under a tree and a lot of delicate piano music plays. “I want you to be happy!” “I can’t be happy unless you’re happy!” Kohei adds some lines about living in the present. Hugs. The whole thing was dull and unsubtle. Please, let’s have some vampires, please! Even sparkly one!