Durarara!! x2 6 has its usual lot of scenes, as usual, but very few plot points get covered, and nothing has reached a head yet. The episode mainly sets up the fact that everyone’s looking for that little girl, Akane, for various reasons. But we don’t know the important thing–why she got attached to Shizuo in the first place. We also learn that the blonde who attacked Celty is a hitgirl, part of a duo looking for Akane. Now, I can enjoy the irony of Celty hunting for a girl who’s actually at her place, but I really want to see the confrontation between her and the blonde, who has idea what Celty is, so I hope she doesn’t change her mind and go home quite yet. Meanwhile, that other gang has not yet acted on the Dollars, and all we know is that some people claiming to be Dollars have been messing with that other gang in Saitama. But that’s all last episode’s news. Meanwhile, One other thing I want to see if what’s going to happen between Anri and whoever’s just busted into her place. But again, nothing really happens. The whole episode is like this. And too many chatroom scenes. 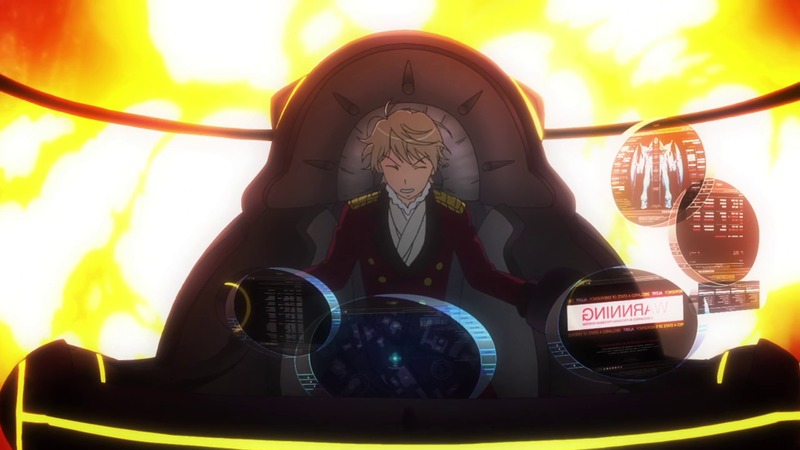 Meanwhile, in Aldnoah Zero 18, a couple of things do happen, and it’s not just another meaningless battle between the Earth Forces and another smug Vers Count, a scene that’s meaningless except to show Marito performing well in battle. We also get the duel between Slaine and Marylcian. No surprise that Slaine wins, but he had to use some guile to do it, and I’m happy not least because Marylcian’s idea of dueling is to fire off a bunch of little robots to do the fighting for him, but because now Slaine continues his rise by getting all of deceased Marylcian’s property. But after that the fake Asseylum announces she’s going to marry Slaine, so his slow rise to the top is now a quick one. 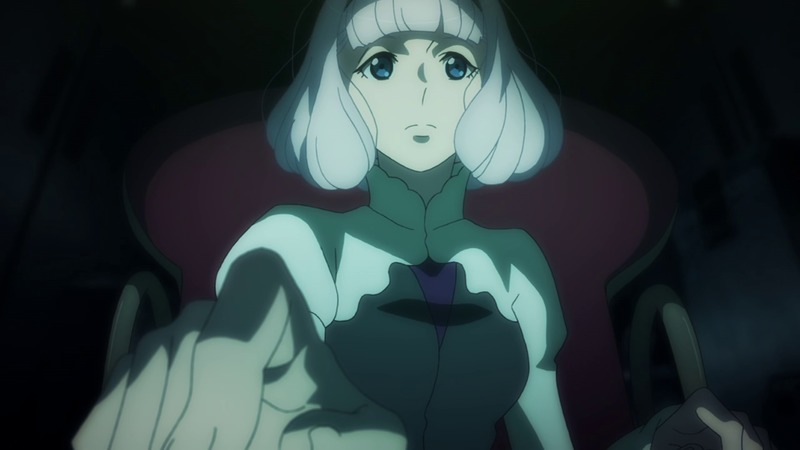 The biggest thing, however, happens after that. It’s an excellent little scene. At first I thought for sure Lemrina was going to kill Asseylum and was trying to figure out what that would mean to the plot and after all the new episodes do we REALLY need her anymore but wait wouldn’t that throw most of the first season’s work on her character out into space like where Marylcian wound up oboy this is intense is she really going to push that button ..? And then she doesn’t. … And then … Once again Aldnoah Zero shows us how to keep a plot churning. 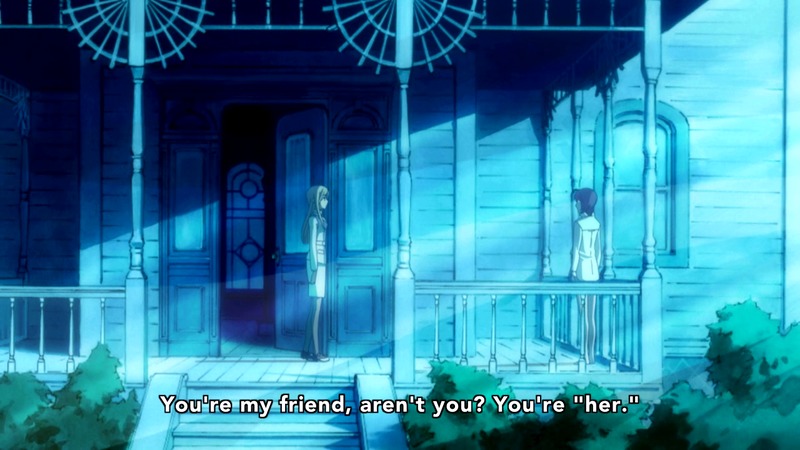 Yuri Kuma Arashi is taking its sweet time moving the story forward, but maybe we’ve taken an important step in episode 7 in getting Kureha ro realize that Ginko was that childhood friend. Made especially hard because Kureha had forgotten she even had one. So it takes a series of clues, like her mother’s well-tempered love song, the book, the ginger honey milk Lulu prepares to signal one thought and then the next. I’m more curious about why she forgot in the first place. And there’s still the unanswered question about her mother’s death. One of these days Kureha will look at what Ginko sometimes wears around her neck and make a connection. But Kureha isn’t the quickest of humans, we’re learning.

Elsewhere, Kaoru has rather a shock awaiting her in her lover’s bed (shock–get it?). There’s still apparently a bear on the loose that we haven’t accounted for. I suspect it’s the one who actually killed Kureha’s mother, because I can’t imagine Ginko doing it. Also, there’s that threatening note to Ginko, saying they know what she did. But Ginko is a criminal bear, remember, so there are a lot of things she probably has to account for. But maybe she DID kill Kureha’s mother. Finally, there are the flashbacks, the most memorable being the church that the young unloved ginko is dragged to, where they are told to defend the borders from those evil humans in the name of lady Kumalia, who, er, is human. And Kureha is the human form that Ginko … worships, which could be considered another type of love. So are Kureha and Ginko’s loves different? Elsewhere in the flashback we learn that bears can exclude, too, and we get a trippy battle scene.

Koufuku Graffiti 5 gave us the traditional pleasures of summer, and episode 6 brings us the other side–the oppressive heat. And Ryou’s AC is broken. It’s a lot of scenes showing us the girls deal with the heat in various ways, mainly food of course. So we get eel over rice, ice cream, and azuki soup, since Ryou and Kirin are kind of perverse. It all works its usual happy magic, save for a bit with Ryou and the freezer which went on too long.