Shirobako 19 starts by being sort of the Erika Show. She learns the situation, sends Aoi home, makes some calls, drags Hiraoka to Titanic where she she kicks some butt, tracks down a “bearded hermit” and gets him to cover episode five, and generally shows why Musashino is lucky to have her. For a moment I thought the episode would spiral into Aoi’s despondent thoughts about being not up for the job, but the show makes a turn away from that. Besides, Aoi’s too busy.

Instead, we get a conversation between Erika and Hiraoka about Aoi, a world-weary talk between two anime veterans about harsh reality and why some people in the field don’t stop dreaming, between two people way too young to have this conversation. It’s made clear that these two people stopped dreaming, at least Hiraoka has, and now he bounces from job to job for reasons the show doesn’t explain. Aoi hasn’t been broken yet, and he hates that, though Erika loves it.

Contrast that to a later flashback to President Masato’s longhair days at Musashino Pictures, and see a bunch of people working hard on an old show, not broken at all, and we see that some of them, years later, still aren’t. (Followed by a downright weird fantasy sequence where cartoon animals talk about keeping Musashi Pictures alive–a fantasy within a flashback). Meanwhile, two of the misfit independent artists talk about the long strange trip it’s been. A meditation on keeping your artistic sanity in a frantic, commercial, competitive field? That’s what the episode feels like, down to the ED with the old-school characters. 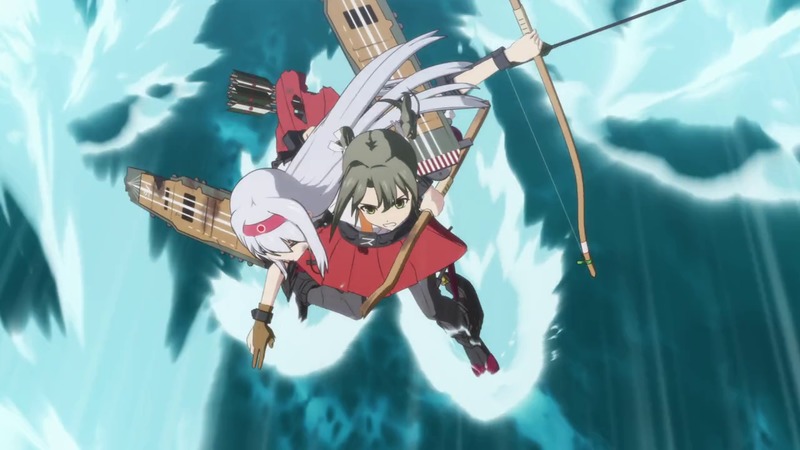 Story-wise, Kantai Collection 7 is predictable. Kaga and Zuikaku, the two carriers, still don’t get along, Fubuki doubts her leadership abilities (as well she should: why didn’t she order the two carriers back instead of letting them bicker?), until a crisis brings them all a little closer together. Well, Kaga wasn’t in the battle; she had taken a torpedo that would have sunk Zuikaku and so was in the hot tub, but there was plenty of self-recrimination and guilt to go around anyway. On the other hand, the battle scenes more than make up for the story. Like the others, they’re clear, fluid, and exciting, even if you sort of know what’s going to happen, and you really don’t. Since they sunk that one girl earlier you know that they could do it to anyone. So we watch those great-looking battle scenes with a touch of worry. Most of the time it’s worth going through the Fubuki self-doubt and the other, petty, land-based bits for it.