Rampo Kitan – Game of Laplace has always had vivid, often extreme imagery, but in episode 7 it gets so stylish that the story gets completely swamped.  But at least we start normally enough.  Kobayashi and Hashiba are taking exams, and Kobayashi challenges Hashiba and Akechi to some card game to bet on whether even bother.  The game itself involves both strip poker and Hershey’s kisses and we never do figure out what it’s about.  I also don’t know why Kobayashi is dressed as a girl again.  It’d be nice to think that he’s developing into a transvestite, but the show gives no indication apart from an earlier thought that it’s easier to solve certain things dressed as a girl, or get taken hostage. 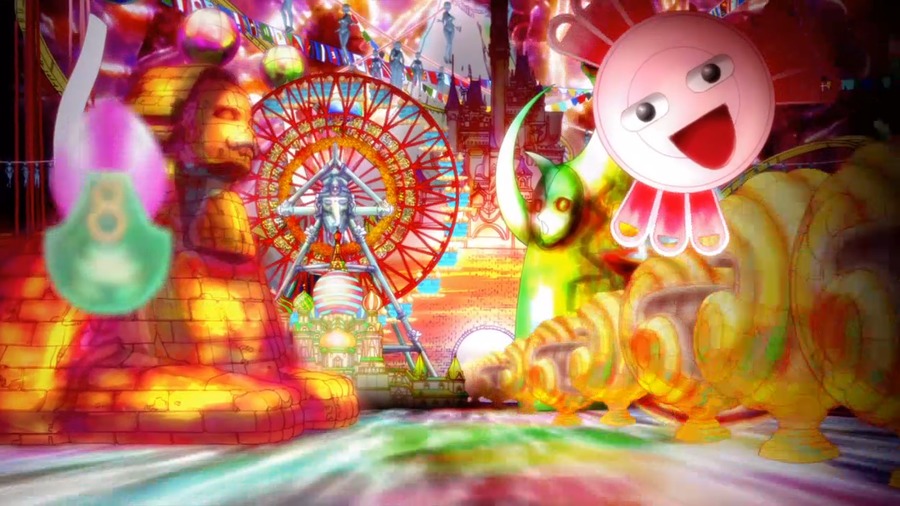 Anyway, another Twenty Faces has appeared, and all semblance of normality goes away.  First a visit to Black Lizard, then a trip to a murder scene, an island where a theme park is being built by a dubious major corporation.  Island residents appear as mannequins, we get a song and dance by the two builders, who turn out to be the victim, another three-minute murder thing, the bizarre murder location (the victims were crushed by giant mannequins), Akechi talking to characters who aren’t there.  More mannequins representing the people who discovered the bodies …   It was all Akechi gathering clues and depositions, you know, detective work, but throughout I worried that the show had forgotten what it was there for.  When it does return to normal Kobayashi (still in a dress) and Hashiba have arrived via helicopter, maybe the most normal thing in the episode.

The cliffhanger of Gate 6 turned out about as expected. 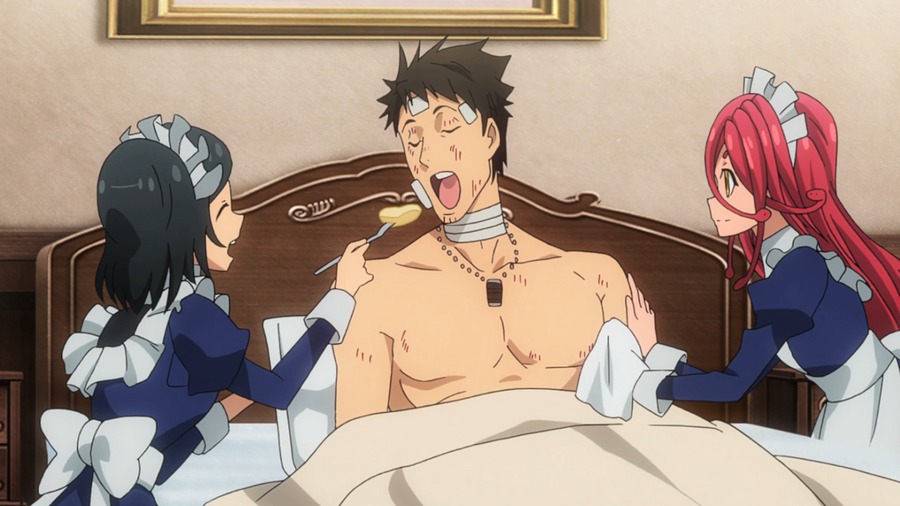 Episode 7 doesn’t do much else but revel in the JSDF otaku meeting a cat-girl and a bunny-warrior.  After that it’s just clearing the way for Youji to meet the Diet, bringing along the magical characters they’ve already met, all of them female fetish objects.  This is possibly the best strategy for Youji and the local command to win over the diet and make them think twice about taking over the other world, not that I think it would work.  There are too many forces on our earth eager to profit from this new world, and not just in Japan.  But the show apparently doesn’t want to work this in yet.  So it’s mainly deciding which girls should go.  Why Youji is so reluctant to have Pina come along I don’t know.  She is the closest thing to a head of government who’s coming.  As for Rory … I don’t know if bringing her would be such a great idea.

To be fair, I really should have watched Classroom Crisis next, but I decided to watch Charlotte 7 to see if she’s dead.

Okay, no trolling.  Instead they chose the manipulative way out–fiddle with our emotions for no real reason.  Well, the alternative was pretty manipulative, too.  Unfortunately it meant we got to watch an entire episode of Yuu mourning in his own way, that is, holing up in his apartment, lashing out at everyone who comes near him, getting driven out, living in internet cafes and the streets, and taking delight in hurting thugs.  Until Nao puts a stop to it.  Sort of a shame.  It’d have been fun to see him turn into the show’s villain. 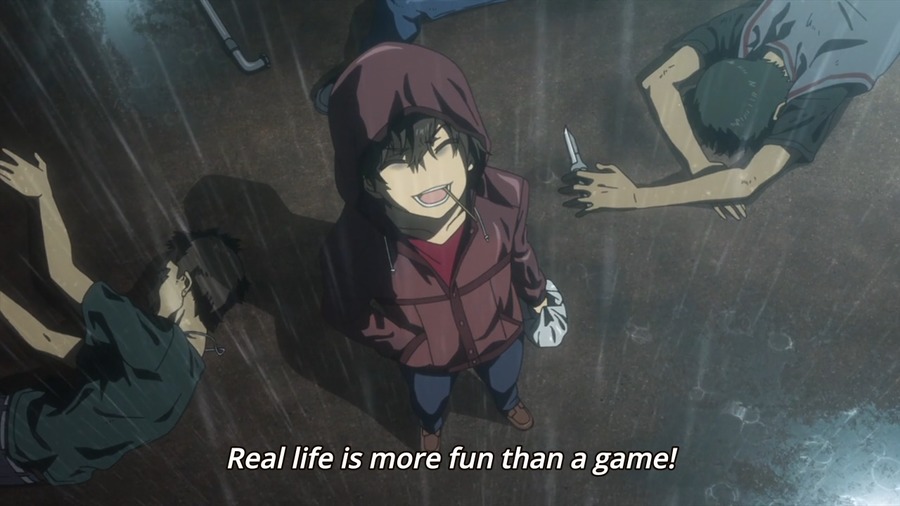 On the other hand, you have to admire Nao’s perseverance, and wonder a bit at her restraint.  She watched all the scrapes he got into, saw him sinking further and further, and didn’t interfere.  Well, HE didn’t interfere when she was getting beat up …  But why did she wait so long?  It seems to me she could have kicked him much sooner than that.  The only thing I can think of is that not enough time in the episode had passed.  As it was, Yuu’s descent was effective to a point but went on far too long.  As for Ayumi, I think we haven’t seen the last of her.  Misa can channel spirits, remember.

3 thoughts on “Laplace, Gate, and Charlotte 7”