Taimado Gakuen 35 Shiken Shoutai has had story arcs opened and more-or-less finished for everyone but Ikagura, the more mature one who wears a lab coat. In episode 7 she gets her turn, and it’s pretty weird. Apparently she was a clone of sorts, raised to wear a lab coat and do research on things without restraint or mercy. We learn this via her “sister” Isuka, who left Alchemist and now works for the bad guys at Valhalla, where she is trying to ressurect dark elves, but they need a elf cell called Last Matrix which Ikagura stole when she fled whichever place they were at. It all sounds like something out of RailDex to be honest. Anyway, Ikagura is going to reunite with Isuka and make these elves for unknown reasons. We also get a sense of the difference between the sisters. Ikagura, we discover through a cute scene with a little elf, has a maternal side she probably won’t admit to herself. Oh, and she decides to have sex with Takeru at the end, though you know that won’t go anywhere. 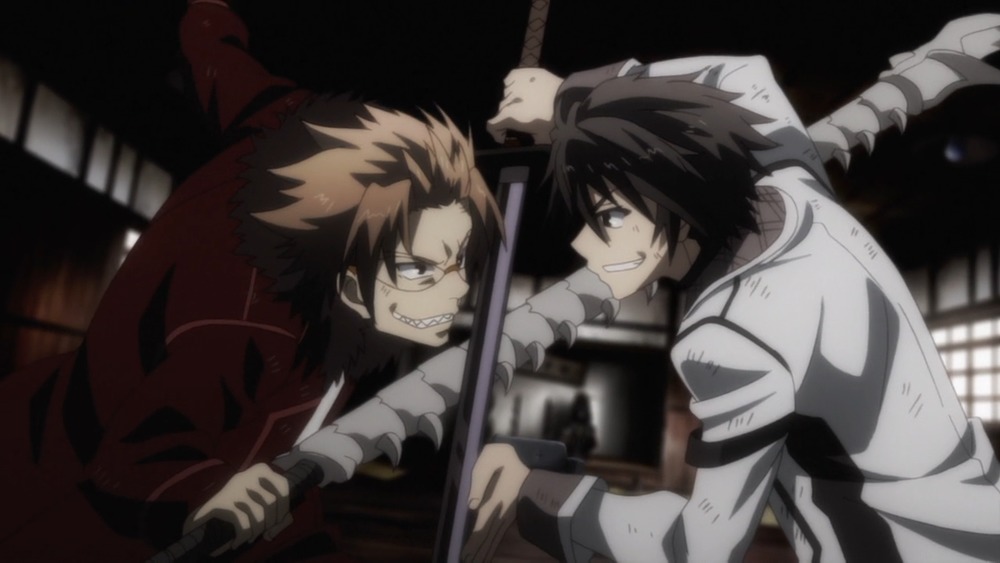 Rakudai Kishi no Cavalry 8 looked to be in the middle of a longer story arc, and maybe we’ll see Kuraido again, but the story of Ayase’s old dojo is wrapped up in one battle, Ikki vs. Kuraido. The battle dominates the episode. There’s a flashback to Ayase’s father and his defeat to set up Ikki’s using the old man’s technique to show that he hadn’t really been beaten, his weak heart gave out. Sounds like a lousy excuse if you bring it up, so everyone just thinks he was beaten fairly. As for Kuraido, the episode doesn’t make him entirely sympathetic, but we get an understanding of what the fighting means to him, and thusly to Kaito and to Ikki, leading to a few Ayase lines about not knowing the heart of a warrior. Not a bad episode, the fight was good, but I’m a little surprised that they wrapped the story up so quickly. 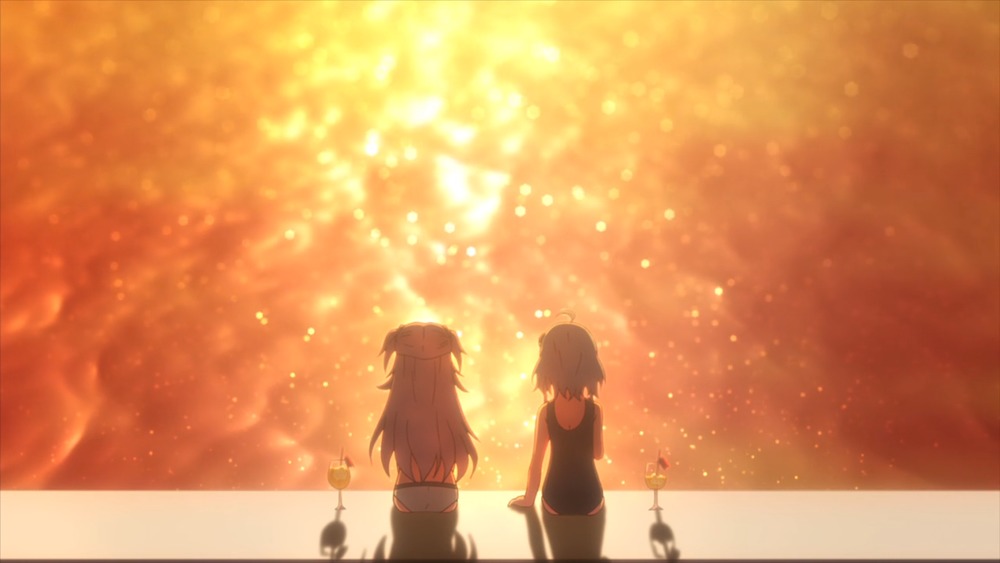 Gakusen Toshi Asterisk 8 already wrapped up its story arc, so we have an in-betweener featuring Kirin and Saya, who have teamed up for the Phoenix tournament, if they can get their teamwork together. It’s a silly and slight bonding episode where they go out shopping for Saya’s dad’s birthday in a seedy gun shop … and the show refuses to make an incident happen. She buys the used gun and walks out peacefully. Later there’s a conflict with a girl at another school at a pool, but there’s no teamwork to be shown there since it’s an individual duel. But they talk a lot and get a little closer, and miraculously their teamwork improves just because of that. Yeah, unrealistic, as was Kirin kickboarding and unable to stop, for chrissakes.