Shoujo-tachi wa kyouya wo Mezasu 2 gathers the other talents to create Kuroda’s game. Didn’t take the long. Bunta is told to go out and recruit, and after some failures (characters we won’t see again) he enlists his friends Yuuka (Who’s interested in voice acting) and Kai, who has no special talents so will be a gopher. Best moment of the episode. After going all puppy-dog and pathetic about his desire to help, Kai remembers a painful love-loss and goes nearly psycho. Surely Yuuka, who’s always with him, knew about this side of him, right? Apparently not. After that they gang up and frighten off a talented artist, but they get her back. Yuuki, the programmer, seems to have an unpleasant past with Kuroda, but they’re saving that story for later. Busy episode. I figured it’d be one new talent at a time …

In episode 3 they all go on a training camp of sorts, to do some of the typical bishoujo game (and anime) stuff, and we tag along until the show gets tired of that premise and creates a more interesting falling-out with Andou, who says what needs to be said: why the hell can’t this be fun to do? Kuroda’s answer, that too many cooks, etc, is a sensible one, but she’s been so pathetically single-minded about this project that I would have a hard time following her. She’s also the dullest character of the lot. Interesting that Buntarou seemed to be taking on more of the leadership role this week, maybe for that reason. But do you expect us to believe that Buntarou would leave the camp, take the train back to Akihabara, and fetch Andou back? How much time did they spend at the camp, anyway? 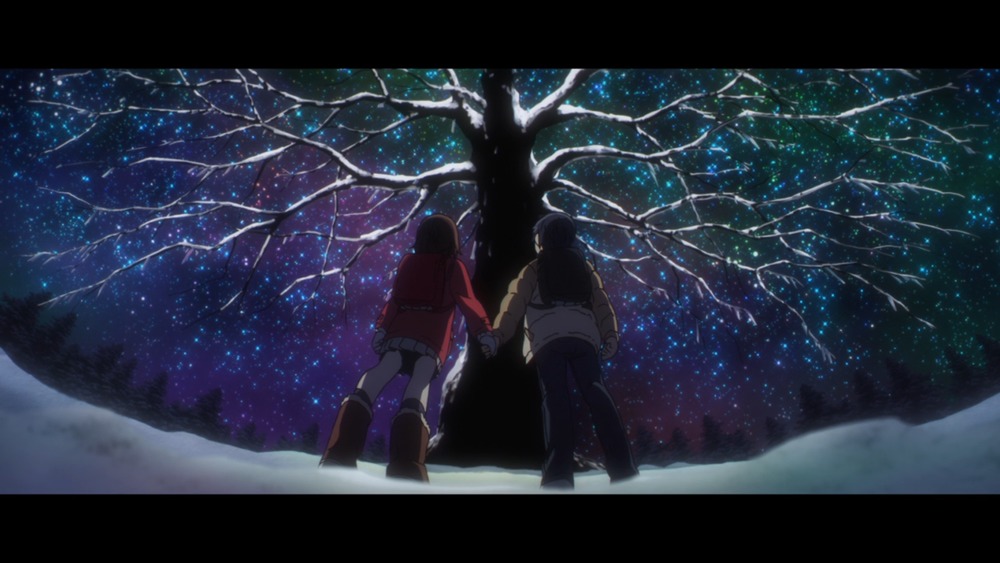 What stand out for me in Boku Dake ga Inai Machi 3, apart from the thought that Yashiro might be in on this, is the thought that in a way, he already is. That mysterious chat he’s having with Kenya at the end could mean a lot of things (if this is a weaker show than I suspect, they both might be part of the conspiracy). If he’s just a concerned homeroom teacher, than the fact that he hasn’t been more proactive in helping Kayo makes him as bad as the rest. The show is unclear about Satoru’s thoughts about Yashiro during their conversation, the grown-up him takes it as routine; we’ll never know what Satoru the boy thinks. Then there’s the scene where he sees the battered Kayo in the shed, and her mother shows up. Satoru can only watch Kayo being led away (after lying, another touch-point in that theme). In both situations Satoru is powerless, still a boy, unable to find an adult that can actually help. He shows some rage there, but not with Yashiro … However, Kayo’s rescue in the lunch money scandal and the scene with the foxes were both nice. He says he was alone when the foxes appeared the first time, suggesting that while he’s powerless to change things abruptly, he can maybe do little things to alter this horrible timeline.