Kono Subarashii Sekai ni Shukufuku Wo! Is turning into a nice, silly comedy. Episode two introduced Megumin, a arch mage or something like that, with one very formidable power that takes FOREVER to conjure up (I think the show’s already cutting it shorter by ep3, though I’d like to see them work it more as a gag, like the endless stories in OPM) and only be used once a day. Ep3 introduces Darkness, a crusader who can’t hit anything but isn’t afraid to take punishment, in fact, she loves it. Your usual bunch of weirdos in an anime comedy series. Fortunately, so far this show is an example of simple craft overcoming shortcomings, that is, the gags are mostly funny and well-timed (I especially like Jun Fukushima as Kazuma with his side comments and exclamations of alarm), and it looks just good enough moves just well enough to carry the story. Sure, we got a panty skit in ep3, but they didn’t stretch it out, so to speak.

Oh, episode 4 came as I writing that. Well, more of the same. Good gags and reactions from everyone, especially Kazuma. For a while I didn’t know if this would be a two-parter or not; they were getting close to the end and Kazuma and Megumin were still talking about going to lift the curse placed on Darkness (who seemed happy about it, of course) by Celty’s relation. It could end with a gag, or the big quest and I could hope they could steal that guy’s head, though I didn’t think the show would do it. So when the end came I was a little let down. But again I’m having too much fun watching everyone screw up. 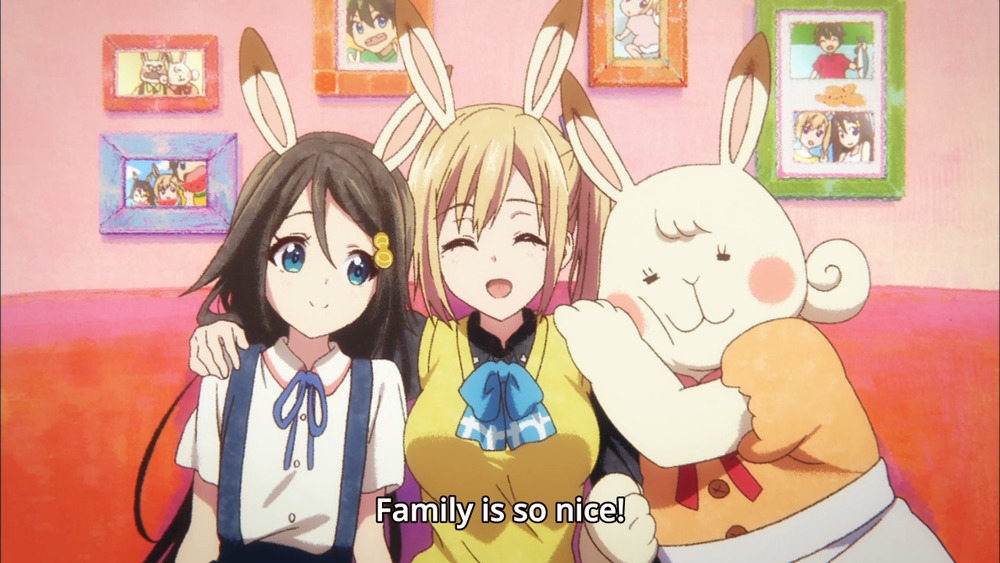 Back around to Musaigen no Phantom World. Not sure what to think about episode four. On one hand I thought it was worked extremely well. The story (Reina’s unhappy home life makes her a victim of a phantom that provides her with a happier, bunny-eared one) is certainly not new, but when she had to say goodbye to the fake family at the end it was a strong emotional moment, more than for other stories of this type. And the fantasy world looked fantastic, out of a painting. So no complaints there. On the other hand the episode takes the easy way out in some ways. Haruhiko and Mai getting sucked into the world was well-done, but just announcing that bathrooms are often portals and using that as an escape route was sort of cheap. And at the end Reina told her parents about the club and they’re okay with it, in spite of what we heard before, and it was treated as an afterthought. Wasted opportunity there. They could use her parents as an obstacle in a later story.

#5 feels the same way. It’s a “follow the rude, distant team member into a situation where she has to rely on her teammates so she has to apologize and blush adorably” episode. Again, it seems to make mistakes. We’re told at the end that this monster wasn’t the same as THAT monster (the one who killed the bunny and forced little Minase to manifest her powers), and it’s treated like a major mistake. But even if everyone had known this from the start, why wouldn’t Minase have jumped at the chance to take the phantom down? Even if wasn’t the same one, it was the same species, and it was threatening the same things. Still, it looked as good as before, and it was nice to see the little girl in action finally.

Things were too good in Boku Dake ga Inai Machi 4. Little by little, things were getting better for Kayo’s prospects. Sachiko, being a cool mom, interfered with Kayo’s abuse, at least for a while. While Satoru, determined to keep Kayo safe, practically never leaves her side for a couple days, in spite of the reaction of his classmates (though his friends are more supportive), and because of this, Kayo was beginning to open up. It led to a happy birthday party with everyone, and Satoru believing he had saved her life. Meanwhile, I’m waiting for the bad news. 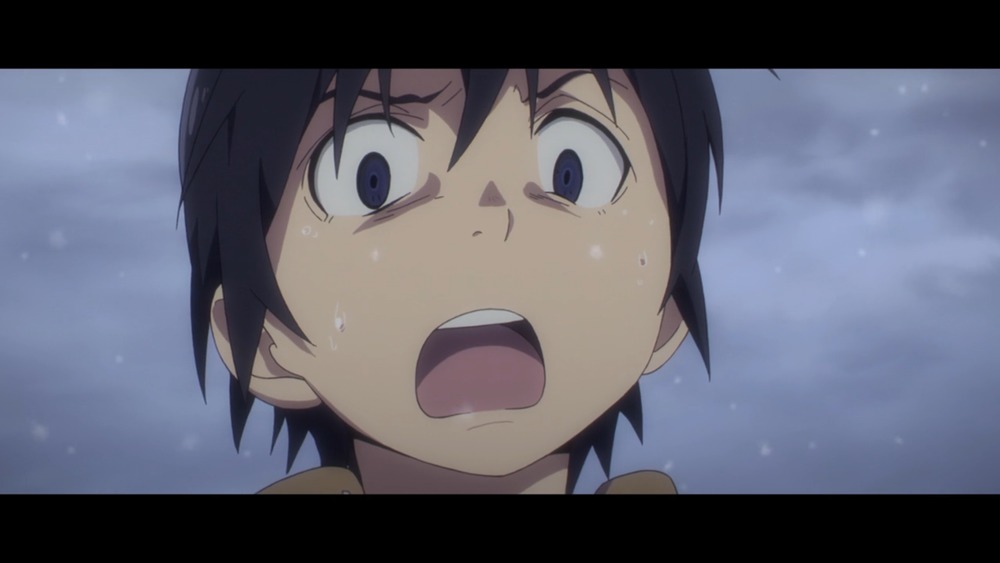 In this case, it’s that Satoru did indeed keep Kayo alive on that day, so she got killed two days later. There’s a sick, twisted hint of the inevitability of Kayo’s death no matter what that pisses me off, but what I find most interesting is that we know who her killer is this time, and it wasn’t the same one we all thought. In all this thinking about stopping serial killers I had become blind to the thought that there could be more than one threat to her life. And so the show becomes more than just a time-traveling “stop the murderer” story and reemphasizes its concern for children and anger at the people who would hurt them. As for the story now, well, it’s getting a little ridiculous. How much reach does that killer have to set fire to Airi’s home? And why would he even want to do it? Well, we have a pretty good guess as to just who did it now. Just have to nail him. Sadly, the adults in the modern world seem to be about as powerless as the kids in the past. 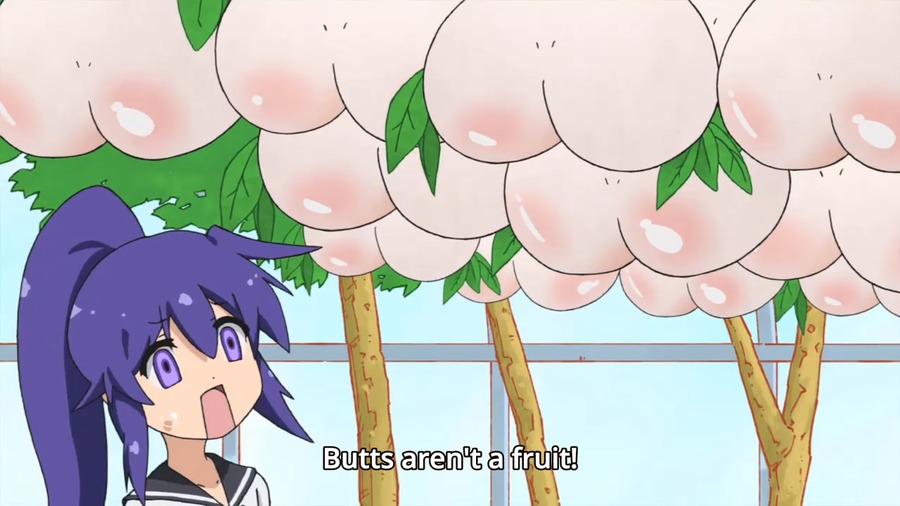 I’m far behind with Teekyuu!, but in order to spread out the joy I’ll just do one episode now. #74 feels like it drags, or I’m tired, but it had an excellent SPG of 2.815. Only Yuri and Kanae this week, picking delicious fruit like durian and what you see in the pic above.